The role of Maria Miller’s sex in her continued survival as a cabinet minister has been the subject of much media debate in recent days. It is for the prime minister to know the extent to which he is keeping his culture secretary in post, despite persistent pressure for her to go, because she is one of just four women with a government department to call her own. What is clear is that the UK is a long way from achieving gender equality in national politics.

While that is hardly a revelation, new research suggests the UK is also sliding down the European scale when it comes to ensuring power is shared more evenly between the sexes.

New research from the European Institute of Gender Equality aired in Brussels last month found that the UK was one of two EU countries, alongside Lithuania, to see women’s share of power decline between 2004 and 2013.

At first glance it could be worse. The UK falls just short of the EU average ‘power index score’, where 100 equals parity between men and women, as shown here: 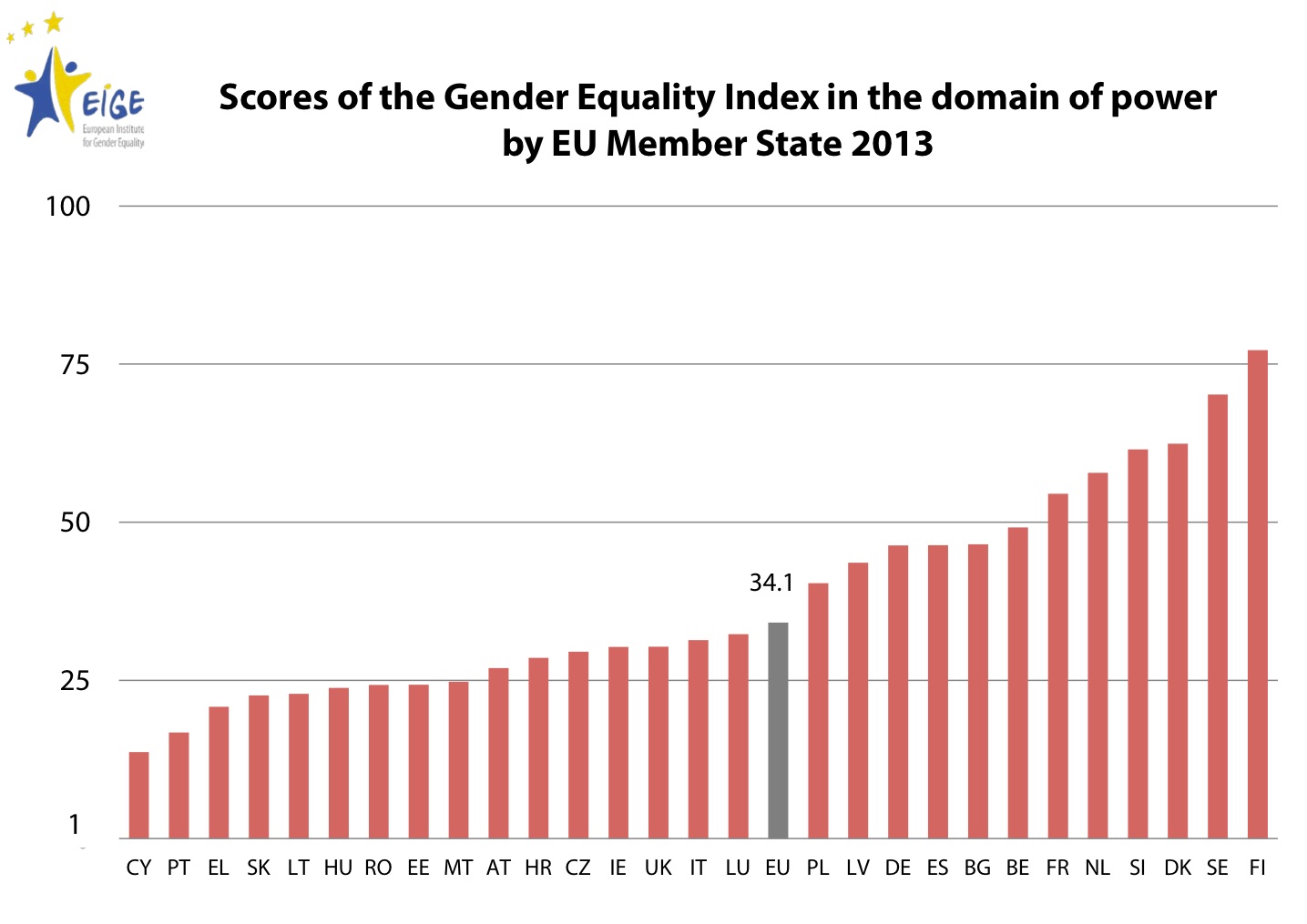 But it’s this graph, detailing the changes in each member’s score between 2004 and 2013, that really does the talking: 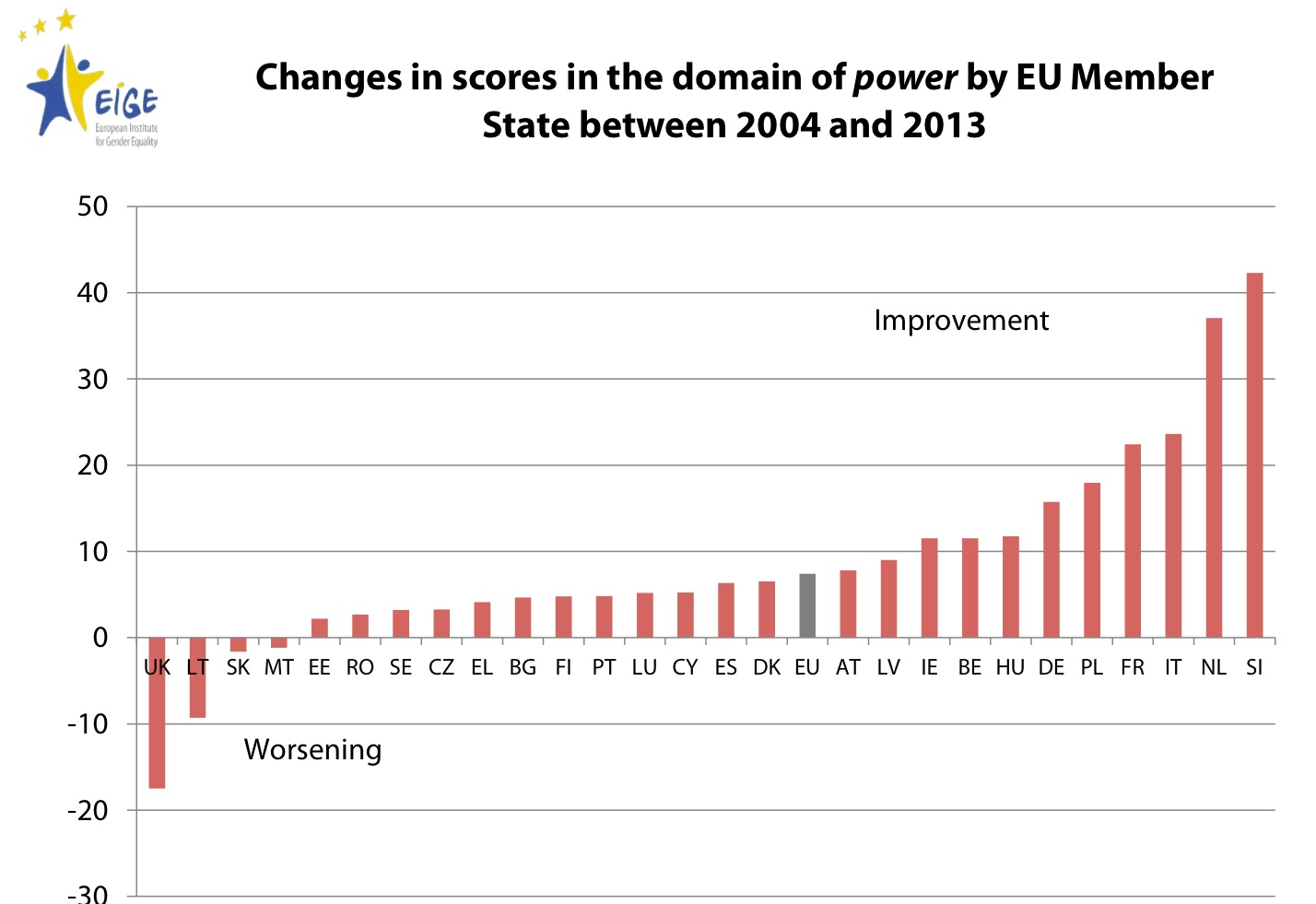 The power score is calculated, essentially, by totting up the number of women occupying influential positions in each EU member’s national institutions: government, parliament, central banks and company boards.

The raw data for the UK are not currently available. But Thérèse Murphy, EIGE head of operations, told me that the following were all part of the picture which paled in comparison to other EU member states:

Also consider that in 2004 a third of the Bank of England’s monetary policy committee was female: Rachel Lomax, Kate Barker and Marian Bell. Today each of the interest-rate setting body’s members is male.

Murphy promised an updated, more detailed analysis of the comparative data later in the year. ‘We will be looking for extra variables to demonstrate at country level how people are doing,’ she said of institute’s quest to map gender equality across the region.

What Miller’s job will be by then remains to be seen.